After three weeks away from the boat we took advantage of a free weekend. During Friday i loaded the car with bits and pieces required for a couple of jobs I wanted to get done, clothes and grub. Shelagh duly arrived from work at 17;30 and we set off to Fambridge within twenty minutes. Our original plan had been to arrive there in time to have dinner in the Ferry boat Inn.

We arrived at Fambridge and after ascertaining there was space on the pontoon i set off in the “yellow peril” to retrieve Pleinair from her mooring and nailed her to the outside of the pontoon. It was already beginning to get dark by half-eight and after loading Pleinair with the stuff from the car we abandoned the idea of dinner and ate on board.

This was to be the first night on board for Shelagh as her only other visit to Pleinair was during the painting and scrubbing sessions in the yard somewhat over a month previous.  a somewhat sleepless night for me as On at least two occasions i arose to tinker with either squeaking lines or rubbing fenders, both of which drive me nuts. Funny, i can stand hearing the noises from other boats but when the source of my annoyance is being transmitted through your own hull, that’s a completely different story.

A few days previously i had acquired a new 70ah battery to replace the defunct one I inherited with the boat. I was halfway through swapping these over when Shelagh emerged from her slumbers. I’ve actually swapped both the batteries over, the slightly higher rated engine battery is now supplying the domestics while the new one is now happily starting the engine. We’ll see how they cope. 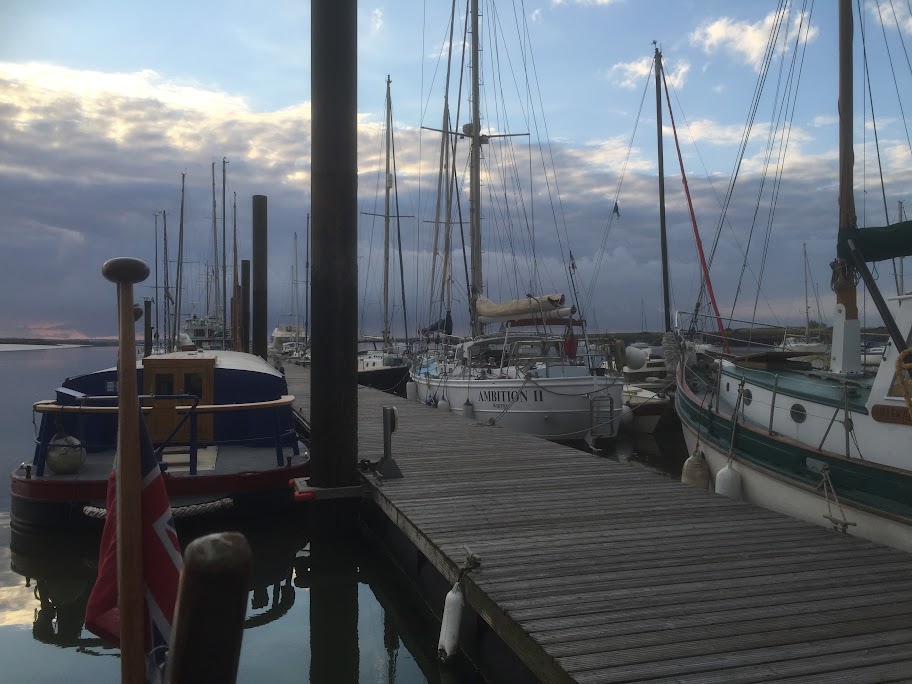 My timing for moving Pleinair to the inside of the pontoon couldn’t have been better as 14 other boats arrived during the day from a visiting club, which cunningly meant I wasn’t involved in any rafting up as I’d moved to the furthest corner possible.

Breakfast was duly taken after which Shelagh set about doing bits and pieces in the cabin while I pottered outside. The next job was to relocate Pleinair to the inside of the pontoon the other way round. this enabled a much more comfortable weekend as the inside is generally calmer, it also meant that I could get the genoa bent back on, something I hadn’t had time to do previously. It also enabled me to deal with the tell-tales which we’d noticed had been catching on the stitching of the sail during the delivery trip. Unfortunately for Bruce he decided to join us for coffee and a chat around the time I was about to deal with this and was immediately pressganged into assisting, payment being more caffeine.

The remainder of the day was spent pottering and generally lounging until the evening when we joined Bruce and Jane (SV Erbas) for his post birthday dinner in the Ferry boat Inn. Dinner done and we all retired to Pleinair for a nightcap.

Saturday night was a much better sleep and Sunday actually saw me getting up late (for me) to find that at some point during the night Shelagh had relocated to the Starboard berth in the saloon. We’d decided the night before to test out the single berth option in the V-berth, the upshot of which Shelagh decided that it was to narrow, and moved. The V-berth has now been restored to the double option as a result. 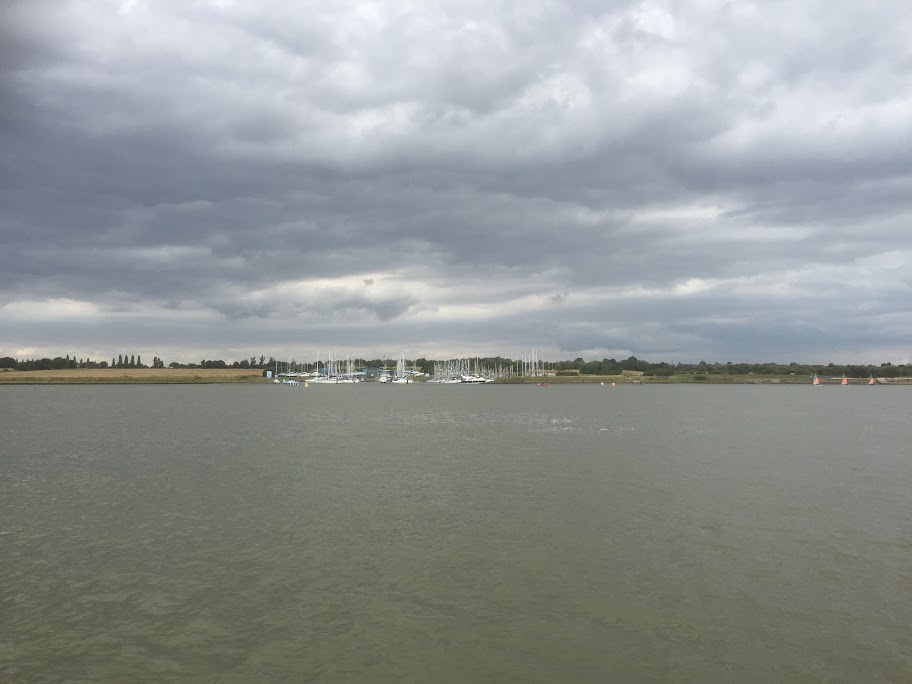 The early part of Sunday was basically spent doing a couple of housekeeping jobs and breakfast after which we  set off downriver for a jolly, here again a new experience for Shelagh.

No particular target was set and with the wind on the nose all the way down we motored against the tide from Fambridge to Burnham-on-crouch. Shelagh decided she was tired and disappeared for a short sleep just after we arrived while I waited for an ideal opportunity to turn.

After turning and negotiating back through half the moorings, the genoa came out, the main came out, the engine went off, peace and quiet ensued…………..and the wind died. Typical.

And so, we basically drifted all the way back to Fambridge on the tide, with a little help from the odd couple of knots of wind here and there. Shelagh also achieved another first by cooking and presenting dinner while sailing! ahem! <cough, splutter> drifting!!! back up river on the tide. And thoroughly enjoyable it was too!

Back at Fambridge was a simple task of unloading stuff that needed to go home, putting Pleinair back on her mooring and driving home.