Well the survey went ok, considering the age of the boat. Biggest thing to come out of it was the survey showed that there was a case for osmosis, although being a Sadler she’s going to show up wet on any moisture meter when she’s only been lifted out for the survey to be carried out.

The other item was that the shaft was out of line, this I insisted was put right before I agreed the sale. Paul, the previous owner had her lifted out on Wednesday and yesterday the engineers put the shaft right and reinstalled the blade on the ropecutter.

So, on to today, I loaded the van this morning with all the kit I had bought for us as there was virtually nothing left on board, and made my way to Portsmouth, via the residence of Bru, the erstwhile skipper of Erbas. This was basically to collect his kit for the proposed delivery trip next week, as neither of us fancied carrying it on the train on Monday.

Arrived in Port Solent around 16:00 hrs where after a brief search of all the hard standing to find the boat I met the broker. Paul arrived not long after.

We sat, had a chat, ran through the systems on board, they left, Paul with an unexpected gas bottle as I’m switching to a spirit stove.

After they all left me to it I just got on with unloading the van, it has to be said the inside of the boat now looks like a tip. That job done I then took pleasure in removing the old flavel Vanessa gas cooker, in its place a nice shiny new dometic spirit stove. I’m now sat writing this while enjoying my first cup of coffee on board Pleinair. Has to be said that being out here in the cockpit It’s definitely getting a bit on the chilly side. I can hear the M27 like it was right next door.

Tomorrow, fit the new chart plotter and tiller pilot, do a provisions run ready for next week, then if I’ve enough day left at the end, drive home.

It’s a simple plan that is guaranteed to go wrong, as these things do. So, early night tonight then onward and upward tomorrow. 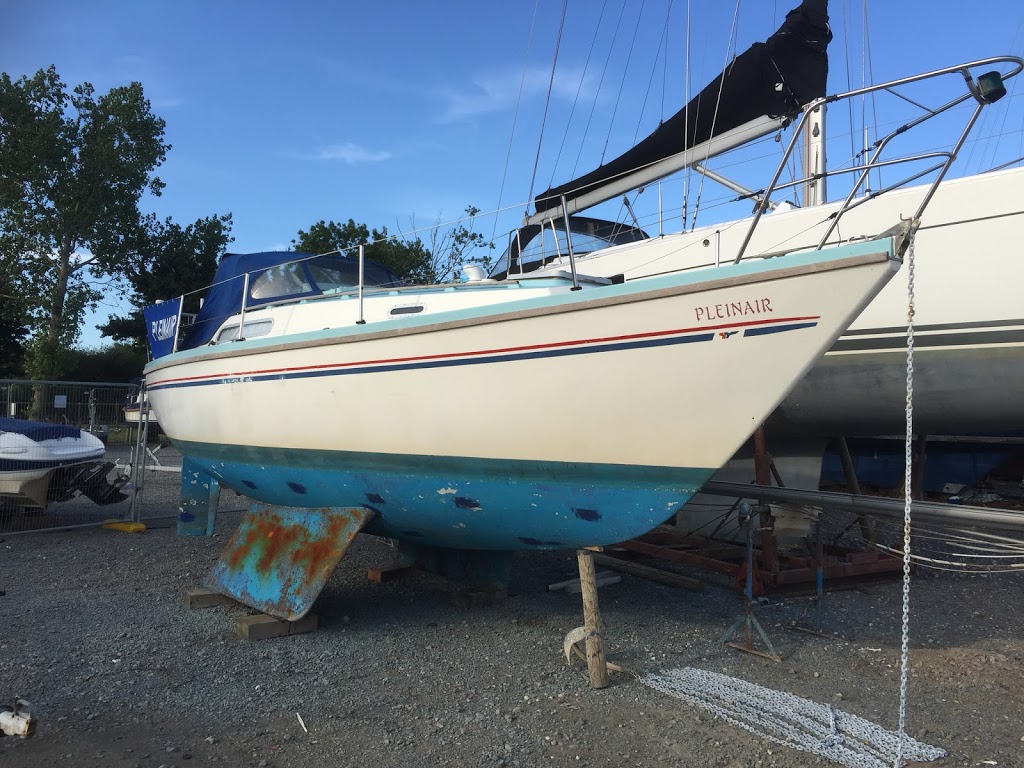